“I felt a sense of pride, taking NHS staff and other key workers up and down the country” 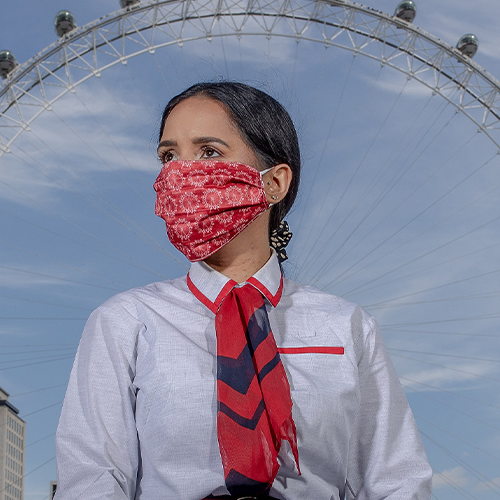 Annila’s commitment to keeping Britain moving saw her delivering a vital service for the country at challenging time.

Speaking about how she felt working during the pandemic, she said: “It was the first time in my entire career I felt a sense of pride, taking NHS workers up and down the country. I had a weird sense of happiness taking them to work, but most importantly taking them home safely to their loved ones.”

Annila began her career in rail after graduating from university, first starting on Peterborough station’s gatelines where tickets are checked as passengers board and disembark trains, before landing the role of the station announcer which included train dispatch duties. For the last four years, Annila has worked at London King’s Cross as a Train Manager on the King’s Cross to Leeds or King’s Cross to Newcastle routes – which she continued to do throughout the pandemic.

On what she loves about her career in rail, Annila says part of the draw is that the railway is one big family – no matter which part of it you work for. She said: “I never thought I’d have a career here but there are so many exciting opportunities and you work with amazing people you don’t want to leave.”