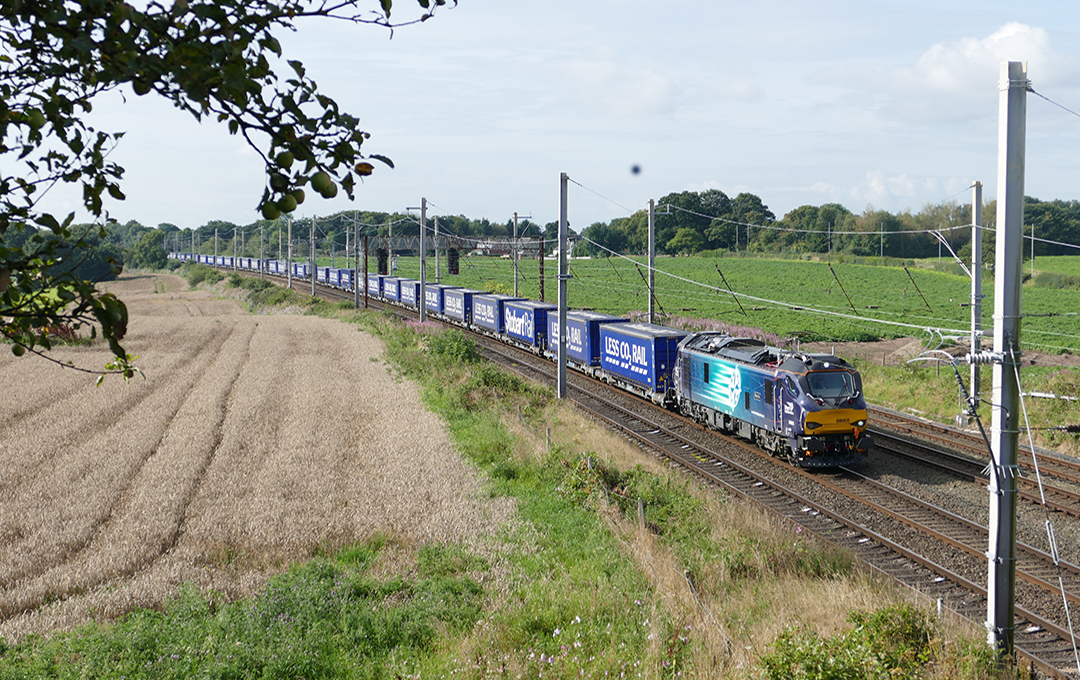 For a government committed to net zero carbon and levelling up every region of the UK, rail freight is good news and has a significant contribution to make in achieving both agendas. New data recently gathered provides even more compelling evidence.

Statistics from a Deloitte report on the value of rail freight commissioned by the Rail Delivery Group shows that rail freight delivers £2.5billion in economic and social benefits to the UK annually. At the same time, rail freight removes traffic from Britain’s roads, with each freight train estimated to take an average of 76 lorries off the road network (and up to 110 lorries for some aggregates trains).

Rail freight therefore plays a key role in decarbonisation. In fact, there are 7 million fewer lorry journeys per year thanks to rail freight, with 1,000 lorries removed from London roads each working day alone, making the capital’s streets cleaner and safer.

While goods will still require road transport at certain points in their journeys, reducing those road miles wherever possible delivers benefits to the UK as a whole and especially for those communities close to major hubs of activity, such as ports, logistics centres and construction sites. Enabling more trains to run and more goods to be shifted from road to rail will help to ease congestion on the road network, lower carbon and particulate emissions in the air, and reduce social impacts from noise and safety incidents. 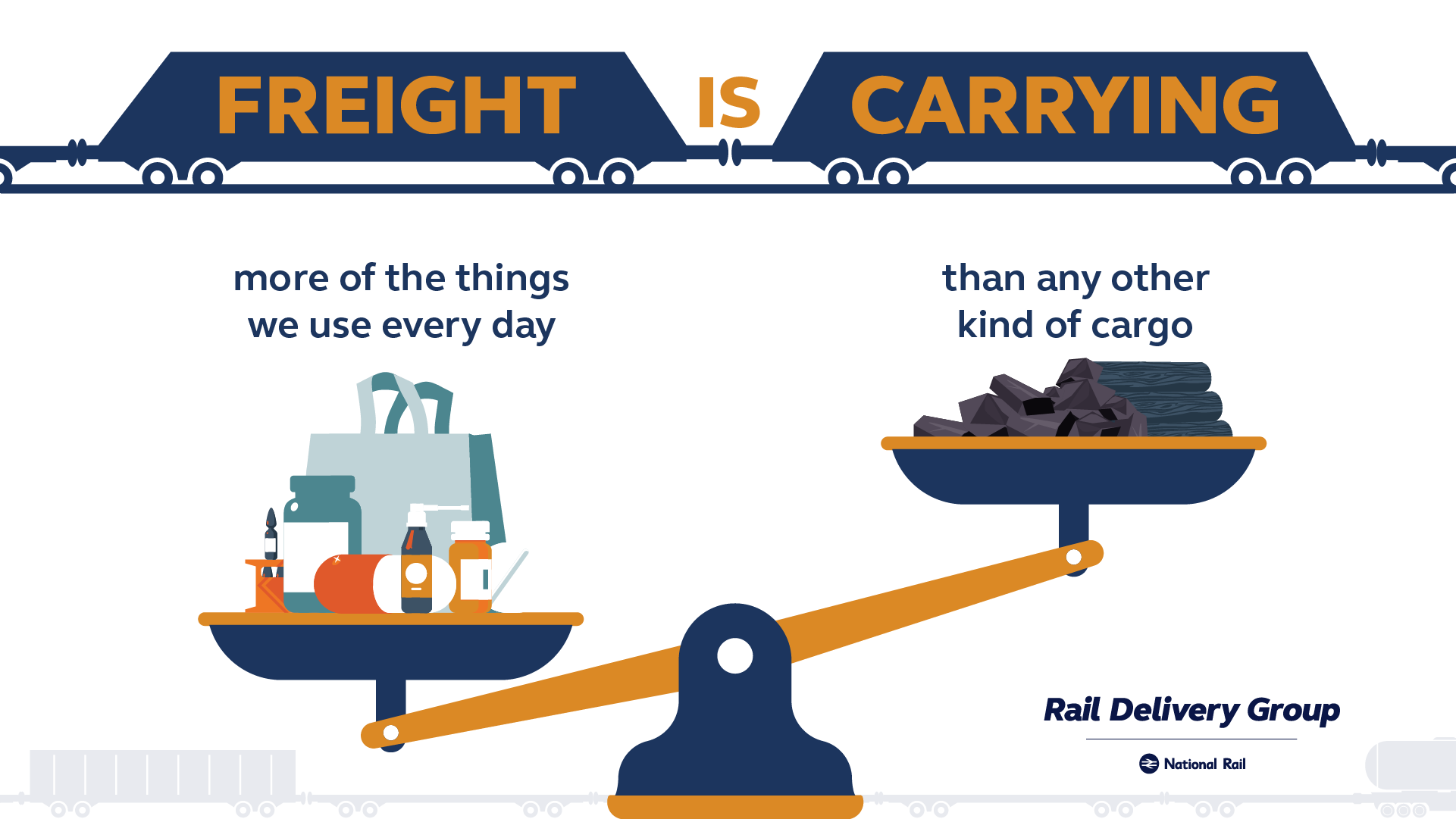 Rail freight moves the building blocks of the UK – goods, medical supplies, spare parts, and equipment – in a sustainable way that distributes economic benefits equitably. Intermodal container trains carry (amongst other things) supermarket household goods between ports and inland terminals, for onward distribution. Construction trains ply routes from quarries and in and out of urban centres, helping to deliver the materials that underpin Britain’s construction sector.

While supplying the goods that feed and build the UK, as well as the fuel that keeps power stations running and the lights on, rail freight helps to ‘level up’ the country too: 90% of the benefits brought by rail freight accrue outside of London and the South East, primarily in the former industrial heartlands of Yorkshire and the Humber, the North West, Scotland and the Midlands. Despite representing only 23% of the population, the North West, North East, Yorkshire and Humberside earn almost half of the total economic and social value of rail freight with benefits worth £1.2billion per annum. That means more jobs and businesses supported and less pollution across the whole of Britain, with each tonne of freight transported by rail producing 76% less emissions compared to road.

The rail freight sector has also played a pivotal role in the national response to Covid-19. It has helped to ensure that supermarket shelves remain stacked and warehouses stocked, transported fuel to power stations, and moved increased levels of waste out of urban areas to recycling hubs. Through investment and resilience from the private sector, rail freight volumes have steadily returned close to pre-pandemic levels. As such, rail freight operators are in pole position to support the recovery of the economy from Covid-19, building on the significant benefits outlined in the Deloitte analysis.

Rail freight has an important role to play in enabling the Government’s plans to recover and build back from Covid in a way that levels up the regions of the UK on several fronts: oiling the wheels of the economy by facilitating the movement of materials to build and power new infrastructure; relieving pressure on the strategic road network, allowing car drivers and other freight on the roads to travel more freely; delivering key infrastructure projects like HS2 and new offices and housing; and, importantly, facilitating inward investment into the regions and industries of the UK. Established freight hubs also lead to the clustering of activity as businesses co-locate to boost productivity, creating jobs and services in their local areas.

Rail freight already supports a more balanced, green economy for Britain. It is a success story the government should build on in the recovery.