When train travel is more than a journey

By Andy Bagnall, Director General at the Rail Delivery Group 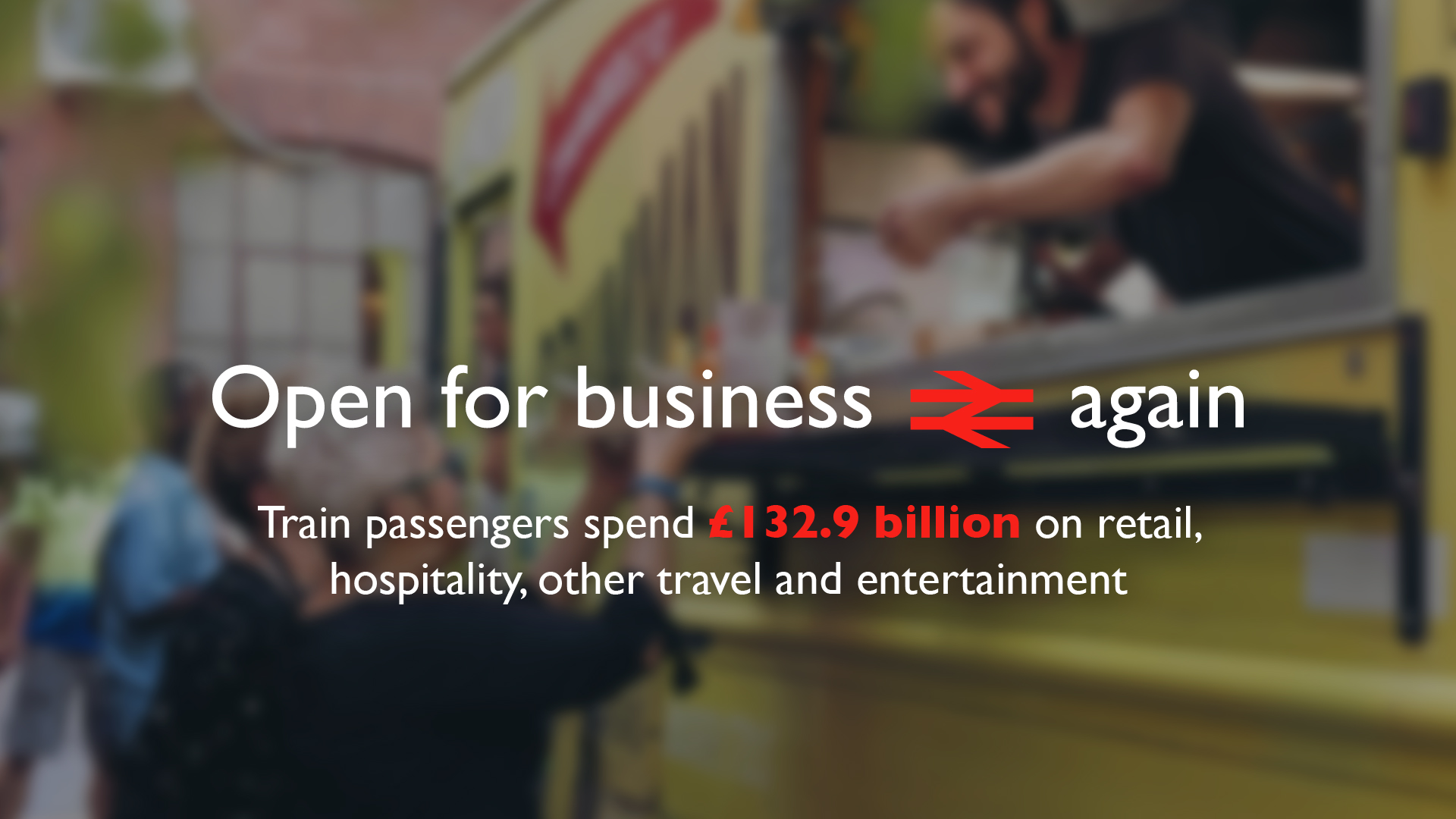 While this week has seen some people start to return to their offices, train commuting is still only at 33% of pre-pandemic levels and passenger numbers overall are at around 60%.

Against this backdrop, the Rail Delivery Group has published new research by WPI Economics that brings into stark focus the importance of getting people back to travelling by train, not for the benefit of the rail industry itself but for various other sectors of the economy, for different parts of the country and for the environment.

On the surface, travelling by train may appear to be a simple means to an end, to get from A to B, but millions of businesses and jobs across the country are depending on people getting back on trains to do the activities for which they travel. The morning coffee on the commute, the meal in a restaurant or the hotel stay as part of a weekend away. Getting people back on board is crucial to the future of local businesses in town and city centres. It is vital to tourist destinations and the drive to net zero too.

RDG’s new report ‘ pdf More than a journey (1.29 MB) ’ has found that spending relating to their journey by train passengers pre-pandemic, excluding the price of their ticket, was a staggering £133 billion a year - with £42 billion spent on food and drink, £34 billion on shopping, £27 billion on accommodation, £15 billion on entertainment and culture, and £15 billion on other travel. And if 20% of pre-pandemic rail passengers shift to cars, it will result in an extra 300m hours of congestion and a million more tonnes of CO2 emissions.

Every part of the country benefits when people go by train. £9bn spent by passengers in the North West. £6.4bn in the West Midlands. £5.3bn in Yorkshire and the Humber. Avoiding a car-led recovery will prevent an extra 4m hours of congestion in Greater Manchester, 4m hours in West Yorkshire or 2m hours in the West of England.

So, getting ‘bums back on train seats’ will have a direct impact on businesses and air quality in local areas the length and breadth of the country.

This research is not to advocate a return to the past, however. Hybrid working, already an emerging trend pre-pandemic, will undoubtedly be the new normal for millions of office workers now and in the future, and we need to attract these commuters back by making it simpler to get the best deal. The new Flexi Season tickets launched in earlier this summer are a good start, but train operators also want to work with government on extending tap-in, tap-out pay-as-you-go and automatic price caps to major cities beyond the capital so that people know they are always paying the best price.

We want to ensure that much needed reforms to the railway utilise the private sector’s expertise in attracting people to travel by train. We are supporting the development of new rail lines to connect communities and make the railway more easily accessible to more people.

To ‘build back better’, to create a fair, clean economy for tomorrow, we must work together – the rail industry, the business community and government – to encourage people to choose rail and to get the right reforms in place so that the railway has the right foundations for the long-term. Because when we go by train, it’s more than a journey.