By Jacqueline Starr, Chief Executive of the Rail Delivery Group 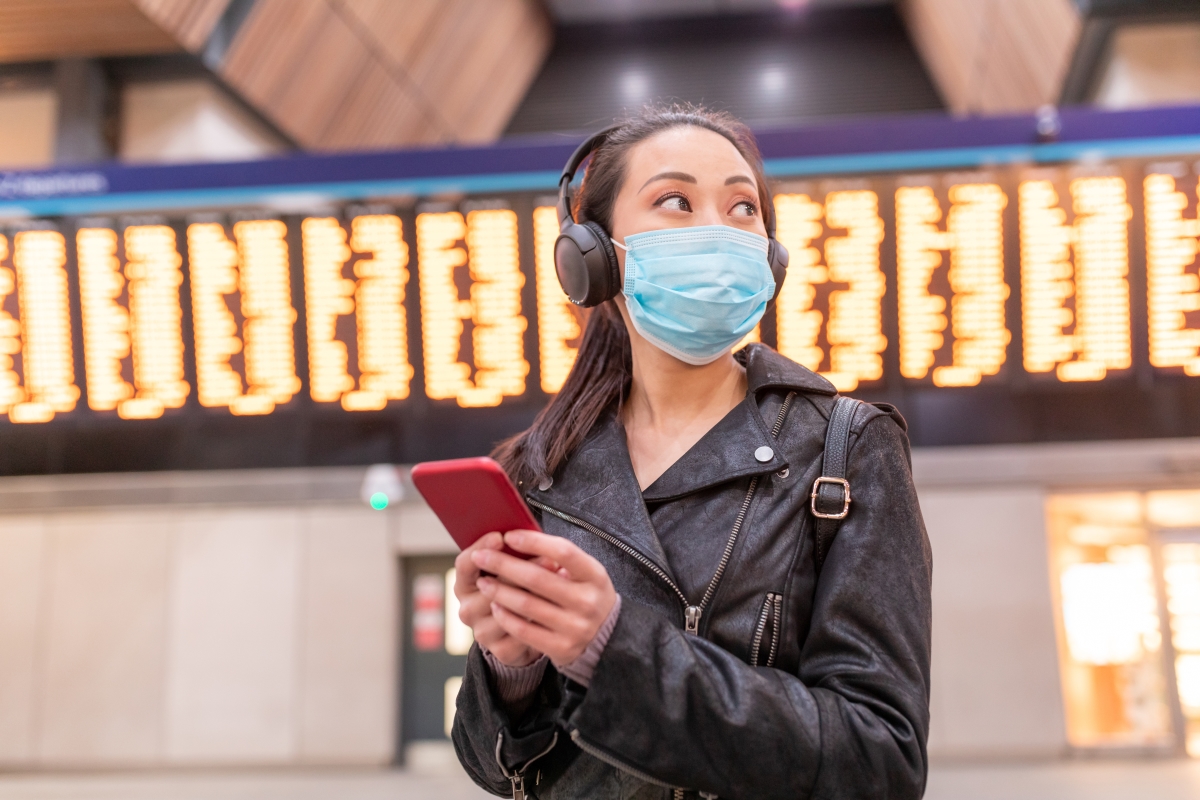 Simple fares to suit flexible commuters are key to avoiding a car-led recovery.

The description of the last twelve months as ‘unprecedented’ has become something of a cliché. Consider me firmly in the camp that thinks every mention of ‘new normal’ should mean a pound in the swear jar and the phrase ‘these uncertain times’ should be banned from public spaces. That’s not to say any are untrue.  They are clichés for a reason and all the data collected by RDG suggests we have indeed entered a ‘new normal’, at least in how people plan to work and travel.

Survey after survey finds that even when Covid is in the rear-view mirror, many more of us intend to work from home at least some of the time. Recent data collected by RDG suggests that the average rail commuter will travel to work 2-3 days a week, down from the pre-pandemic 3-4 days, and a far cry from the typical 5-day commute in the 1990s when the fares regulations that we still live with today were put in place.

These regulations have not kept pace with changes in technology or travel patterns, and any updates have been stitched on top creating a Frankenstein’s monster of over 50 million available fares, characterised by incomprehensible jargon and riddled with anomalies.

To put things into perspective, these regulations were devised when people were buying inflatable furniture and Marathon bars had just been renamed Snickers. They were designed for a country where most people bought their ticket in person from the ticket office and most commuters worked in the same office Monday to Friday 9-5.

Fast forward 25 years. Even before the pandemic, more people were working flexibly, and you’d be hard pressed to find someone without a phone which they can use to buy a ticket, check the train time and get through the ticket barrier before binge watching Bridgerton on the way home.

After conducting the largest ever public consultation on Britain’s rail fares, with independent passenger watchdog Transport Focus, we found that more than a third of people who might use rail are put off because they can’t find the right product. Too many find the current system inflexible, with the fares options available unsuitable for how they work and travel. 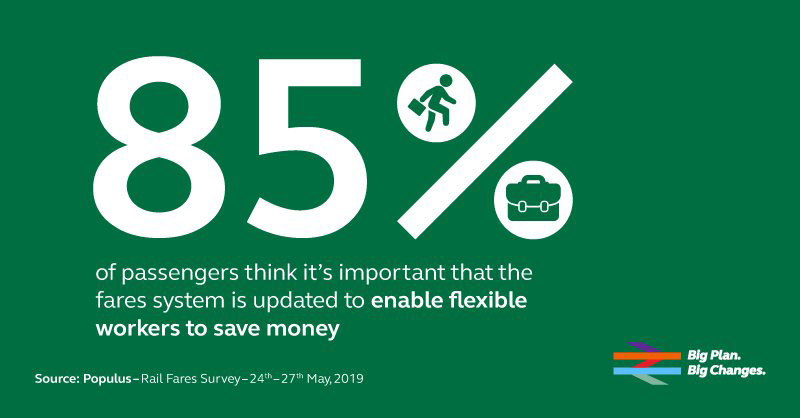 National trends bear this out. Despite record passenger numbers, the amount of people buying season tickets has fallen over the last decade, with 45% of all journeys taken using a season ticket in 2009/10, down to 32% in 2019/20. This is a clear sign that fewer people are getting value from a product that offers great savings but, for many people, only if they use it at least four times a week.

Analysis conducted by researchers from the Transport Strategy Centre at Imperial College London* has raised concerns around future commuter demand if the rail fares system remains unchanged. Their research following the first lockdown in the summer of 2020 suggests that rail commuter journeys could still be down 6% by 2025.

Perhaps even more concerning, RDG’s own research, backed up by similar findings from the RAC, suggests that rail commuters could turn to cars long-term, with 15% - or one in seven - of pre-pandemic rail commuters predicted to make the switch to road. This has the potential to add 175,000 extra cars to the morning rush hour, making traffic jams worse, decimating commuter-based business centres and doing untold damage to Britain’s net-zero carbon ambitions.

In a Britain where 12% of former rail passengers who commuted for work now only intend to commute if essential, rail needs to up its game. As we emerge from lockdown, updated regulations must enable train operators to give people what they want - a radically simplified system of products based on easier fares with offers tailored to suit different needs. The alternative could mean gridlock on the roads.

A network where, across the country, people can travel seamlessly using different train operators and even different modes of transport by simply tapping in and tapping out. A network where journeys are more comfortable, and more people can get a seat because demand is spread more evenly by removing artificial price cliffs. A network where passengers can be confident they will only ever be charged the right price for their journey, where they don’t need to know the loopholes to get the best deals and where they don’t need a crystal ball to know their travel plans for the whole week when they buy their ticket.

These huge improvements for rail users and the knock-on benefits for our economy and environment are the prize and we need to keep our eyes on it. Indeed, Imperial College conclude their report by saying an attractive offer for those wishing to travel three days per week, can encourage more people to commute by train.

Train companies are working with government to deliver more flexible season tickets in the short term and the rail industry has innovated where possible. Around half of all journeys are now made using a smart ticket option and in the Midlands, calls for a ‘tap and cap’ pay-as-you-go scheme are gathering steam. But the time for sticking plasters is over. Only government has the power to change rail fare regulations and as the light at the end of the tunnel of this pandemic becomes brighter, there’s no time to lose.

*Analysis conducted by researchers from the Transport Strategy Centre at Imperial College London was undertaken independently via Imperial Consultants.